Since inception in 2010 as the home for the Zero Waste Zones, Elemental Impact (Ei) embraced the "nature knows best" concept. Using a holistic approach, Ei assesses the broad ramifications of action taken including the impact on the essential microbial communities.

As featured in her May 2020 Bigger than Us podcast interview, Ei Founder Holly Elmore is known for the following quote:

In order for life as we know it to survive and thrive on planet earth, we must - absolutely must - get our soil and water microbial communities back to a healthy, balanced state.

Food-Waste Collection for Compost
During the Ei Era of Recycling Refinement, from inception through June 2017, commercial collection of food waste for compost was a primary focus. In 2014, Ei announced post-consumer food-waste collection for compost or a state-permitted destination other than landfill was the prime Sustainable Food Court Initiative focus.

In 2015 Ei prepared the waste & recycling curriculum for the World Chef's Feed the Planet Sustainability Education for Culinary Professionals, a course currently taught in culinary schools across the globe. For the food-waste composting section, a "Nature Knows Best!" slide discussed nature's perfect decomposition system and the role it plays in soil and plant health. For example, a tree’s decaying leaves contain up to 80% of the nutrition required for the tree to thrive.

Though they can emulate nature's system, humans often do not duplicate it. As human-created food-waste destinations stray further from natural parameters, the end product contains fewer nutrients required by the soil’s microbial community. Thus, Ei embraced outdoor windrow-compost operations as it emulates natural decomposition; Ei opposed anaerobic digestion of food waste as the system strays from natural decomposition. Ei's perspective was based on the implications for the soil and water microbial communities related to food-waste destination options.

Carbon Crisis: simply a matter of balance
Within the Era of Regeneration, Ei's underlying premise is restoring balance to the Earth's five carbon pools: atmosphere, oceans, soils, biosphere, and fossil. Ei Strategic Ally Kiss the Ground's The Soil Story video explains the Earth’s carbon cycles in an easy-to-understand format where soil is the hero for regaining balance.

The RiA Magazine article, Carbon Crisis; simply a matter of balance, establishes carbon-crisis solutions that are grounded with two simple tactics: 1> align systems within Nature’s proven cycles and 2> rely on basic supply | demand economics. Regenerative-agriculture practices align with these two tactics and are integral to balancing the carbon cycles.

The previously referenced Beyond Sustainability: Regenerative Solutions article establishes the building crisis of the diminishing food and oxygen supply.

Yet plankton is perishing at alarming rates due to ocean acidification and warmer water temperatures.

Though life as we know it on planet Earth is endangered, Nature always prevails and will simply nurture and embrace new life forms if the existing species perish.

Ei announces the Nature Prevails platform to complement the Soil Health and Water Use | Toxicity platforms. Within the Nature Prevails premise, the Earth heals herself and nurtures renewed life forms, no matter the calamity caused by humans, natural disasters, or extraterrestrial activities.

During the 2020 COVID-19 global pandemic quarantines, citizens witnessed an immediate impact of reduced human activity via clearer skies, orchestras of bird songs, and the roaming of wild animals in urban and rural parks. The experiences were a glimpse of how quickly the natural world resumes when human activity subsides.

With a commitment to align work with Nature, Ei defined The Principles of Nature with three broad categories:

Beyond the environment-related activity within in each category, societal systems including economic structures, financial markets, urban design to name a few also align within and are impacted by The Principles of Nature.

In the recently published The Nature of Nature, Why We Need the Wild, author Enric Sala explains the fallacies inherent within using a country's Gross National Product (GNP) as the standard indicator for a country's economic growth and stability. According to The Economic Times, GNP is defined as follows:

GNP measures the monetary value of all the finished goods and services produced by the country’s factors of production irrespective of their location. Only the finished or final goods are considered as factoring intermediate goods used for manufacturing would amount to double counting. It includes taxes but does not include subsidies.

In Enric's perspective, the GNP is one of the worst indicators of human prosperity for three reasons: 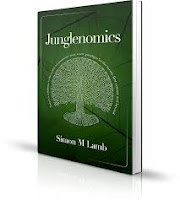 Simon Lamb's groundbreaking book Junglenomics published in late 2019 presents Nature's clear blueprint for reorganizing the current economic domain; the blueprint's intentions are to protect and benignly coexist with natural environments, halt species decline, and benefit the poorest. The result of 25 years of research and insight, Junglenomics provides a new vision for a future world rescued from decline, gained through an understanding of the profound forces at work in modern economies.
Future articles as well as Ei website content will further delve into The Principles of Nature and how they apply to environmental as well as societal phenomena.
Regenerative Working Group (RWG)
Activities within Ei’s Nature Prevails platform are in partnership with the RWG.
On April 6, 2020 Ei Founder Holly Elmore hosted the inaugural RWG call to announce the initiative formation. With approximately thirty prominent land-economics professionals on the call, it was a milestone day!
The RiA Magazine article, Global Thought Leaders Embrace Regenerative Land Economics, launches the initiative and announces the prominent RWG Executive Team:
Many of the Ei Advisors are enthusiastic to serve as RWG Advisors in their respective areas of expertise.
RWG Vision: to explore challenges related to stated focus areas from a holistic approach where the community, environment, and local economies benefit from commentary, discussions, and proposed projects.
RWG Tagline:
Global thought leaders supporting complete and equitable communities.
RWG Focus Areas:
With utmost generosity, Brad offered eight hours of student time from his UT research platform to assist with developing the RWG communication vehicles and researching content.
Beginning the week of May 25, Jahin Khan, a UT research student within Brad’s COBWEB platform, worked closely with Holly on crafting a RWG PPT presentation to support the introductory magazine article. Later in the summer, Ridhi Gopalakrishnan joined the UT-affiliated research team to study Urban Carbon Sinks and the impact of glyphosate on the soil ecosystem.
One of the initial Nature Prevails tasks is to classify each of the identified Focus Area Topics within The Principles of Nature's three broad categories.
Launching the Nature Prevails platform is an Ei Milestone and is destined to catapult Ei's important work into new dimensions of influence and impact.
____________________________________
About Elemental Impact:
Elemental Impact (Ei) is a 501(c)3 non-profit founded in 2010 as the home to the Zero Waste Zones, the forerunner in the nation for the commercial collection of food waste for compost. In June 2017, Ei announced the Era of Recycling Refinement was Mission Accomplished and entered the Era of Regeneration. Current focus areas include Nature Prevails, Soil Health | Regenerative Agriculture, and Water Use | Toxicity.
MISSION:
To work with industry leaders to create best regenerative operating practices where the entire value-chain benefits, including corporate bottom lines, communities, and the environment. Through education and collaboration, establish best practices as standard practices.
Ei’s tagline – Regeneration in ACTION – is the foundation for Ei endeavors.
The following mantra is at the core of Ei work:
Ei is a creator, an incubator.
Ei determines what could be done that is not being done and gets it done.
Ei brings the possible out of impossible.
Ei identifies pioneers and creates heroes.
For additional information, contact Holly Elmore at 404-261-4690 | holly@elementalimpact.org
Posted by Holly Elmore at 10:09 PM