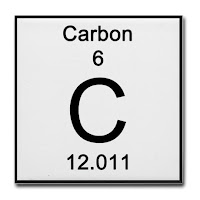 From the onset, the "carbon issue" caused confusion and often misinterpretation. How can carbon be bad when it is the Earth's building block? What is a carbon footprint? What are the differences between the varying carbon compounds and how are they generated? Is carbon the culprit for climate change?

It is time to simplify the carbon scenario and bring clarity to the confusion. By aligning with the perfect systems inherent within Nature, simple solutions emerge that bring the Earth's carbon cycles back into balance.

Carbon Footprint Background:
Introduced in 2007 by Anindita Mitra, CREA Affiliates founding principal, the term carbon footprint was first used as a measure of the carbon emission in the City of Longwood, Washington energy plan. A derivative of the ecological footprint, developed by Rees and Wackernagel in the 1990s, the carbon footprint measures the use of carbon and serves as an indicator of unsustainable energy use. (1)

In June 2009 Elemental Impact's (Ei) predecessor, the Green Foodservice Alliance, hosted a Carbon WHAT? seminar in partnership with the U.S. Environmental Protection Agency (EPA) Region 4. The seminar clarified the recently introduced carbon footprint and carbon credit via the following topics:

A seminar transcript provided by the EPA is available on the Ei References & Materials page under the Other Sustainability Topics category.

The 2012 Simple Show two-minute Carbon Footprint video gives an excellent overview of the comprehensive nature of the carbon footprint calculation.

The Earth's Carbon Cycle
Although the carbon footprint is explained in many diverse sources, confusion remains about how carbon can be "bad;" it is the essence of Earth lifeforms. In simplistic terms, the Earth's carbon cycle is out of balance.

Removal and burning of stored carbon from the fossil pool in the form of coal, natural gas and petroleum is the catalyst for the out-of-balance state. When burned as an energy source, fossil carbon is transferred into the atmosphere and ocean carbon pools. In addition, common commercial agriculture practices remove carbon from the soil as well as prevent carbon sequestering in amounts necessary to maintain balance.

To date, an estimated 800,000,000,000 tons of carbon is released from the soil and fossil pools into the atmosphere. A portion of the atmosphere carbon is absorbed by the oceans; the carbon dioxide reacts with sea water to produce acid, causing Ocean Acidification with severe implications.

An empowering four-minute video, The Soil Story states the problem and the solution are a matter of balance. Simply: there is too much carbon in the atmosphere and ocean pools. To restore balance, excess carbon must transfer to the fossil, biosphere and/or soil pools.

The video explains the Earth's carbon cycle in an easy-to-understand format where soil is the hero for regaining balance.

Plants serve as atmosphere carbon pumps via photosynthesis. The soil stores the "pumped carbon" as food for its incredible ecosystem, including a wide array of invertebrates and microorganisms.

Rotating livestock grazing fields augments soil rebuilding. Manure worked into the soil by hooves plays a similar role to field-applied compost. Post-grazing period, the field replenishes itself with native plants. The cycle continues by the plants pumping carbon into the soil via strong root systems.


Regeneration of soil is the task of our generation. 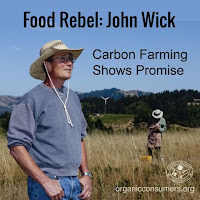 Wick and Rathmann contracted with rangeland ecologist and Carbon Cycle Director Jeff Creque, to embark on a grassland restoration project. With Creque at the helm, the project evolved into a well-researched soil restoration | carbon sequestering study at the ranch.

For the study, cattle were re-introduced to the ranch with rotating grazing patterns similar to the feeding patterns of the long-vanished elk herds. In addition, a single half-inch layer of compost was applied on numerous test plots.

In Wick's words, "The changes were dramatic.We had native grasses and wildflowers coming back, and native birds were returning. You could just see our grasslands functioning at a higher state.”


“By increasing soil carbon, you’re increasing soil fertility and water retention capacity. That results in more robust vegetation, which captures more and more carbon from the atmosphere. This carbon is stored underground in the roots, in residual dry matter (on the surface) and in enhanced populations of microorganisms in the soil.”

Testing confirmed the composted plots sequestered from one-half to three tons of carbon per hectare per year as a result of the single application. In Creque's words, "The revitalized rangelands essentially turn into landscape-scale vacuum cleaners, sucking prodigious quantities of carbon from the atmosphere."

Carbon dating tests confirmed most of the carbon was sequestered from the atmosphere; the compost served as a catalyst to re-ignite the soil carbon cycle.

... and the article ends with an important caveat: Yes, it’s apparently a very good thing to turn all our kitchen slop into dark, rich compost and spread it on our rangelands. But we also have to stop incinerating the residues of dead dinosaurs.

Carbon Sinks
Vast rangelands may serve as carbon sinks - a forest, ocean, or other natural environment viewed in terms of its ability to absorb carbon dioxide from the atmosphere - and contribute to restoring balance within the carbon cycle. The Nicasio Native Grass Ranch study substantiates compost as a catalyst for carbon sink creation.

Is there an adequate quantity of compost for a half-inch application on the rangelands?

NO! Yet compost recipe ingredients are readily available. Food waste, a nitrogen ingredient in the compost manufacturing process, is an abundant, continually replenished resource generated in urban areas as well as at food processing facilities. Unfortunately, food waste is most often treated as trash, versus a valuable resource.

According to the EPA, 95% of discarded food waste is landfill destined. In landfills food waste produces methane gas, a Greenhouse Gas 20 - 25% more potent than carbon dioxide. Americans disposed of an estimated 38 million tons of food waste in 2014.

Carbon sequestering via carbon sink creation may serve as the catalyst to shift food waste from landfill destination to compost manufacturing. With strong emphasis on community and corporate carbon footprints, carbon sequestration is a powerful incentive to drive compost demand, which in turn drives supply creation.

Carbon crisis solutions are grounded in simple tactics: 1> align systems within Nature's proven cycles and 2> rely on basic supply | demand economics. Remember the carbon crisis is simply a matter of returning to balance!