On May 8 & 9 the national zero waste community converges upon Cincinnati, Ohio for the second annual U.S. Zero Waste Business Council Conference. In 2012 the stellar inaugural conference was held in Costa Mesa, CA with an enthusiastic crowd from across North America, including attendees from Hawaii, Toronto and each quadrant of the continent.


For an overview of the 2012 USZWBC Conference, visit the ZWA Blog post, U.S. Zero Waste Business Council hosts first-rate conference. Stephanie Barger - USZWBC executive director - and the USZWBC Board are staged for an excellent encore performance, building off the solid foundation from the first conference.


With a myriad of  topics addressed, the conference is an excellent educational experience for industry professionals seasoned in zero waste practices and those taking the initial steps.Topics range from innovations & markets, supply chain management, program promotion, food waste, property | facility management along with "how to achieve zero waste" success stories. A strong industry cross section is interwoven within panelists and keynote speakers. The conference program gives the details.


Second on the panel agenda is Chris Bradlee with BASF who presents on Sustainable Saturdays at Safeco Field where teamwork was integral to success. Working in partnership with the Seattle Mariners, BASF pulled together community, corporate and non-profits to develop a fun, educational program. Last fall Chris presented on the Seattle Mariner's Sustainable Saturdays during the two-day City of Newark zero waste workshop and meetings. Chris' PPT presentation is available on the Ei Meetings & Events Page.and the ZWA Blog post, Ei Team Visits Newark for Zero Waste Education, is a Newark visit overview.

Rounding out the panel is Perry Kranias - HMSHost food & beverage manager at the Tampa International Airport - who presents on food donation programs. HMSHost's amazing food donation commitment is featured in the ZWA Blog post, Reduce First, Donate Second and Compost Third. Perry's unwavering community commitment along HMSHost's partnership with the The Food Donation Connection built an impressive donation program that makes a tremendous difference in Tampa and beyond.

Ei is well represented at the conference. In addition to the Zero Waste is a Team Sport panel,  Ei Partners Bruce Buchan of CleanRiver Recycling Solutions and Amy Moreland of Heritage Interactive Services present on panels.

Conference registration remains open yet space is filling quickly.  What an opportunity to learn from the pros on the important role zero waste practices play in sustainable business models!
Posted by Holly Elmore at 12:37 PM 4 comments: 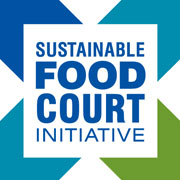 With impeccable launch timing, the Hartsfield-Jackson Atlanta International Airport was in the midst of the concessionaire RFP - request for proposal - for the entire airport. The City of Atlanta Office of Sustainability and Department of Aviation team, led by Michael Cheyne - Atlanta Airport director of asset management & sustainability - made the bold, courageous and successful move to include the following provision in the RFP:


“Concessionaire shall use compostable serviceware along with consumer facing packaging and source separate all food service wastes for direct transport to off airport composting facilities.”

The first SFCI Team task was preparation of the HJAIA Compostable Foodservice Ware Packet consisting of introduction, fact sheet and frequently asked question sections. In April, 2012 the info packet was issued as a downloadable document via the ZWA Blog post, Compostable Packaging Info Packet. Exemptions and exclusions were specifically addressed in the amended document announced in the ZWA Blog post, Exemptions | Exclusions Added to the Airport Info Packet.

Next on the agenda was development of a Material Usage Form to track contract provision compliance. With form elements complete, SFCI Team member Brenda Platt with the Institute for Local Self-Reliance is working with the City of Atlanta IT department on an on-line, paperless document for concessionaire completion.

Other than the Materials Usage Form, the SFCI Atlanta Airport Team went into a holding pattern in June, 2012. Due to the phase-in nature of the new contract, Concourses A - E & T are hybrids of concessionaires operating under the prior and new contracts throughout 2013.

In addition Ei orchestrated a Wilbros Organic Recovery & Biofuels facility visit for Michael. As of this post writing, Wilbros is the only composting site in GA permitted to accept food waste that is accepting food waste. For details on the tours, see the ZWA Blog post, "Seeing is Believing" - the magic of tours. The Ei FB albums, 03-25-13 Pratt MRF Tour and 03-29-13 Wilbros Organic Recovery & Biofuels Tour, include tour pictorial recaps.

In early May, the SFCI Atlanta Airport Team will tour the Pratt MRF followed by a zero waste strategy session dedicated to action. It is thrilling to move back in action mode - stay tuned!
Posted by Holly Elmore at 11:00 AM No comments:

"Seeing is Believing" - the magic of tours

At the foundation of Elemental Impact's tagline Sustainability in ACTION is integrity.  Ei Partners are committed to working as a team to develop flexible programs and practices that evolve along with shifts in technology, circumstances and economic parameters. Education is essential to weave integrity within program|practice development.

March was full of amazing tours beginning with the powerful Charlotte Ei Partner Tours. The IMPACT Blog  post, Charlotte Ei Partner Tours, is an overview of the two days hosted by Ei Partners HMSHost and Simon Property Group. The ZWA Blog post, Bring the Possible out of Impossible, dives deeper into the tours & presentations with a focus on food waste collection, wasted food donation and plastic film recycling.

As the month closed Ei embarked on a series of metro-Atlanta educational tours focused on existing operations and exploring innovative technology.


With schedules flowing, Ei Chair Scott Seydel and Myles Cohen - Pratt Recycling president- made the tour a priority in their hectic calendars.The tour started with a presentation of Pratt Industries & Pratt Recycling - impressive! Then Myles took the group, including Republic Services associates in-charge of the airport contract, on a MRF tour.

Simplicity is the theme at the Pratt MRF, which results in cost-effective, clean material bales. Mixed paper & OCC (old corrugated cardboard) are transferred to the Pratt mill in Conyers as feedstock for their 100% recycled content cardboard production. Other content is sold in the commodity market for recycling.

Contaminated material not fit for recycling is used in the Pratt Mill's gasification plant, none is landfill destined. The Ei FB album, 03-25-13 Pratt MRF Tour, is a pictorial recap of the tour.

Later in the week Michael, Ei founder Holly Elmore and Melissa Selem traveled to Toccoa, 90 miles north of Atlanta, to visit Wilbros Organic Recovery & Biofuels facility. As of this post writing, Wilbros is the only composting site in GA permitted to accept food waste that is accepting food waste. Only one hauler, Southern Green Industries - an Ei Supporter - is collecting Atlanta commercial food waste for transport to Wilbros.

In mid 2012 SFCI Atlanta Airport Pilot went into a holding pattern while the new airport concessions contract went into effect. Here is a quick summary of the contract status:

The Hartsfield-Jackson Atlanta International Airport concessionaire contract requires food vendors to use compostable serviceware along with consumer facing packaging for single-use items.  Due to the phase-in nature of the contract, the entire Airport will be operational under the new contract in the first quarter 2014.  The Airport’s on-site food waste composting system is scheduled to accept material by the end of 2014.  Although encouraged to meet the provision upon opening, concessionaires operate within a grace period until December 31, 2014, upon which the compostable packaging provision will be enforced.

Rounding out the March tours Scott and Holly were treated to a tour of the recently opened GenAgain plant located in Lithia Springs. Using innovative technology, GenAgain accepts "dirty plastic" generally landfilled or sent overseas.and returns it to petroleum. Plastic contaminated with oil, such as motor oil containers, are perfect for GenAgain. Landfill destined rigid plastics from toys, lawn furniture etc. are accepted once non-plastic items (batteries for example) are removed and the plastic is chipped to a specified size.

Currently, three other U.S. plants are operating with the same technology and GenAgain plans to build 15 more plants in the Southeast over the next five years. Once opening glitches are discovered, Ei intends  to schedule a tour with Atlanta zero waste leaders to maximize the recycling opportunities offered by GenAgain.

"Seeing is Believing" is inherent within the importance of tours.  With the plethora of educational tools available - webinars, videos, photo albums - there is something magical about the physical presence. Witnessing the passion of facility owners & managers as they educate on their operations is beyond inspiring. Synergies abound and potentials often move into action.  Stay tuned for future Ei Tours and action points from the March tour marathon.
Posted by Holly Elmore at 1:50 PM No comments: