Over the past decade, sustainability moved from a buzz word to a movement to a culture within leading communities, universities and businesses. Significant strides were made in zero waste practices, renewable energy technology, and reduced carbon | water footprints. Yet the glaciers continue to melt, the ocean acidification levels are increasing, and desertification is escalating.

A Pending Crisis
According to a senior United Nations official, there are only 60 years of farming left if soil degradation continues at current levels. In a Scientific American article, Volkert Engelsman, an activist with the International Federation of Organic Agriculture Movements, states,"We are losing 30 soccer fields of soil every minute, mostly due to intensive farming."

In addition, plankton is perishing at alarming rates due to ocean acidification and warmer water temperatures. Marine plant life (phytoplankton, kelp, and algal plankton) photosynthesis - the process plants use to convert carbon dioxide and sunlight into sugars for energy - generates the vast majority of atmospheric oxygen.

Is sustainability enough to stave off the building crisis of the diminishing food and oxygen supply?

Resilience
In 2013, the Rockefeller Foundation pioneered the 100 Resilient Cities (100RC) program; the 100RC is dedicated to helping cities around the world become more resilient to the physical, social and economic challenges that are a growing part of the 21st century.

The City of Atlanta was named a 100RC member in 2016. Subsequently, the Office of Sustainability evolved into the Office of Resilience. As a cosmopolitan city with the third largest concentration of Fortune 500 headquarters in the nation, Atlanta is challenged with an overtaxed transportation network.

Is resilience enough to stave off the encroaching food and oxygen crisis?

Regenerative Solutions
To avoid a doom and gloom perspective, it is important to simplify the scenario and discover regenerative solutions. Beyond sustainability and resilience, regeneration focuses on rebuilding and restoring nature's perfect system.

Kiss the Ground's empowering four-minute video, The Soil Story, states the problem and the solution are a matter of balance. Simply: there is too much carbon in the atmosphere and ocean pools. To restore balance, excess carbon must transfer to the fossil, biosphere and/or soil pools. The ZWA Blog article, Carbon Crisis: simply a matter of balance, explains the carbon cycles and the current out-of-balance scenario.

Thus, soil regeneration addresses the food and oxygen components of the pending crisis.

In The Compost Story video, the sequel to The Soil Story, compost is introduced as a key ingredient in the soil regeneration recipe.

Kiss the Ground, the book
On the surface, the Industrial Revolution introduction of fossil fuel burning seems the main culprit in the out-of-balance carbon scenario. Yet a deeper dive, reveals a web of intertwined human activities set the foundation for the pending crisis.

In the recently released Kiss the Ground (KTG), how the food you eat can reverse climate change, heal your body and ultimately save the world book by Josh Tickell, the well-searched chapters dive deep into the destruction of the Earth's soils.

Before industrial agriculture equipment was introduced to commercial farming, the soils were tilled with hand tools (shovels, hoes, picks, etc.) or with draft-animal-powered equipment. Simply, tilling is turning over and breaking up the soil. By its intent, tilling destroys the soil infrastructure built and maintained by mycorrhizal fungi network and results in degraded, unhealthy soil.

Thus, the introduction of synthetic fertilizers along with the "cides" - herbicides, insecticides, pesticides, and fungicides. The KTG "Nazis and Nitrogen" chapter chronicles the development of common agrochemical practices from Nazi chemical warfare. It is chilling to realize the chemical compounds designed to kill humans are the foundation of the products routinely used in food production.

In an effort to separate native American Indians from their lifeblood, the U.S. government embarked on a massive buffalo massacre operation in the 1800's. Effective, the estimated 20 - 30 million buffalo population that once dominated North America was reduced to just over 1,000 by 1889.  Tragic on many levels, the buffalo massacre was the first step in the desertification of once lush American prairies. As discussed in the KTG "The Buffalo Bank Account" chapter, the buffalo grazing patterns were integral to prairie grassland health. Manure is nature's fertilizer and nutrition for the soil's prolific life forms.

Another strong contributor to prairie desertification was the introduction of monocrop farms where the same crop is grown year after year on the same soil with no plant species rotation. Fallow fields left barren with no crop cover contribute to the deterioration of soil health. Vibrant soil ecosystems thrive on diversity and ensure the top soils are covered with a variety of plants.

Initiated in the 1930's, the Federal Crop Insurance Corporation (FCIC) is a wholly own government corporation managed by the Risk Management Agency of the U.S. Department of Agriculture. As presented in KTG, the FCIC requires farmers to grow corn, soybeans, wheat and|or cotton from GMO seeds and employ agrochemical practices to qualify for the insurance program. Though they may not agree with the practices, many farmers are not willing to leave the FCIC safety net. Thus, the FCIC contributes to the death of the nation's soil.

Soil Regeneration Success
The KTG "Bismark or Bust" chapter introduces Gabe Brown of Brown's Ranch, regenerative landscaping for a sustainable future. At his 5,000-acre farm networked with owned and leased land, Gabe and his son Paul use regenerative agriculture practices with amazing results. Since 1993 Brown's Ranch is a no-till farm and uses a diverse crop strategy with cover and companion crops. An ever-evolving grazing strategy rests and rejuvenates the soil.

No GMOs (genetically modified organisms) or glyphosate are used on the farm. The Browns eliminated synthetic fertilizers, fungicides, and pesticides use and only employ a minimum amount of herbicides.

Beyond restoring the soil, the farm produces abundant, healthy food, makes a solid profit, and provides a higher quality of life for the Browns. The "Bismark or Bust" chapter is an inspiring chapter filled with hope of what can be done.

Once a solution for the pending food | oxygen crisis is established, Josh shifts gears to creating a viable market for food produced with regenerative farming practices. Engaging the power of consumer demand, readers are encouraged to purchase healthy food that regenerates their health while restoring carbon cycle balance. Simple supply | demand economics will build strong markets for regenerative agriculture products.

KTG is a must-read book for those concerned about the future of humanity and earthly life as we know it. The book is an easy, engaging read with personal anecdotes that build a connection with Josh. With its well-orchestrated media launch, KTG is a powerful catalyst to ignite the Regenerative Revolution. 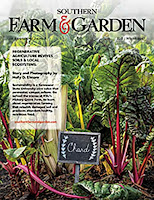 The time is NOW to move beyond sustainability | resilience and embrace regenerative solutions that return the carbon cycles to a healthy, balanced state. The food and oxygen crisis is real and grounded in solid scientific research. To survive, wildlife (including humans) must eat and breath oxygen - starvation and slow suffocation are painful deaths!

Regenerative solutions are simple and align with nature's perfect systems. It is time for humans to stop attempts to "outsmart Mother Nature" and relax into a symbiotic relationship with the planet.
Posted by Holly Elmore at 10:48 PM