Changing of the Guard: Welcome Tim Trefzer to the Ei Leadership Team!

Instrumental in the Soil Health platform development, Tim participated in the 2017 Ei Farm Tours documented in the ZWA Blog article, The Power of Tours. Inspired by the tours, Tim teamed with Levy Restaurants GWCCA Executive Chef Matt Roach and GWCCA Grounds Operation Manager Steve Ware to identify an on-campus mini-farm area. The intent is to use regenerative agriculture practices at the on-campus mini-farm to produce food for the employee dining facility.

Within the state-owned GWCCA umbrella is the Georgia World Congress Center (GWCC), the fourth-largest convention center in the nation and the world's largest LEED Certified convention center. In addition to the GWCC, the GWCCA manages Olympic Centennial Park in downtown Atlanta and the Savannah International Trade & Convention Center. Through the 2017 Falcons season, the Georgia Dome was one of the GWCCA's hallmark facilities.

The Georgia Dome accepted the invitation to serve as the SFCI Event Venue Pilot in spring 2012. As a founding ZWZ Participant, the Georgia Dome was well-acquainted with zero waste practices with impressive practices in-place:

The ZWA Blog article, What Can Be Done!, announces the SFCI - GWCCA Pilot along with an impressive list of sustainability accomplishments under Tim's leadership. 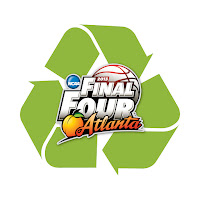 As host to the 2013 NCAA® Men’s Final Four®, the second most popular sporting event across the globe, Atlanta set a high standard for sporting event sustainability practices. One of the Atlanta Local Organizing Committee (ALOC) stated goals was to make the 2013 Final Four the "greenest games ever." Tim took the helm for achieving the lofty goal.

For the past two years, Tim consulted with the College Football Playoff and the Super Bowl leadership on establishing sustainability standards at their prestigious sporting events. In addition, Tim is the sustainability liaison for the 2018 College Football Playoff National Championship and the 2019 Super Bowl host committees. The events are hosted at Mercedes-Benz Stadium, located on the GWCCA campus.


"There are too many people to thank everyone by name but I need to mention a few. I have been blessed to work with the “three musketeers” of sports sustainability for several years. David Crawford of the Vancouver Olympics, Nate Gassmann of PepsiCo, and Tim Trefzer of the World Congress Center in Atlanta. Three of the smartest and hardest working people in the sports sustainability movement.

My original partner, Ed Augustine, along with Scott Jenkins, David Crawford, and I represent the “old guard.” There are new folks like Erik Distler, Nate Gassmann, and Tim Trefzer who form a new generation of leaders to carry on the work and build the future of this movement."

Changing of the Guard
Founding SFCI Co-Chairs Scott Seydel and Doug Kunnemann of NatureWorks lead the SFCI through grand successes within the Recycling Refinement and Post-Consumer Food Waste focus areas. With the shift to a Soil Health focus, Scott and Doug pass the SFCI leadership baton to Tim with strong accolades.

It is with great enthusiasm that I welcome our friend Tim Trefzer of the Georgia World Congress Center as the new SFCI Chair. I was honored to serve as SFCI Co-Chair with Doug Kunnemann and work with the SFCI Team, including Tim, on Recycling Refinement and post-consumer food waste projects. During our tenure, the SFCI experienced impressive achievements within compostable packaging, post-consumer collection of food, and source-separated materials recycling programs and pilots.

With Ei's shift in focus to Soil Health, I pass the baton to the next generation of leaders to continue Ei's stellar track record. I am most impressed with Tim's professionalism, expertise and sincere commitment to creating a sustainable world. Though I pass the baton, Tim may count on me for unwavering support and advice.

From Doug:
I am excited to announce Tim Trefzer of the Georgia World Congress Center is the new SFCI Chair! It was a pleasure to work with Ei Founder Holly Elmore and serve as Co-Chair with Scott Seydel. Our thanks to Holly’s leadership during our SFCI tenure.

With Tim as SFCI Chair – “there are no limits!” Tim – congratulations to you! We wish you great success!

With the SFCI leadership baton passed to Tim Trefzer, Ei is staged to soar in renewed directions within a solid foundation built by the founding regime!
Posted by Holly Elmore at 9:33 PM