Under the leadership of Spartanburg County School District Six (SCSD6) Superintendent Dr. Darryl Owings, a culture of excellence infiltrates the district's entire spectrum of operations. With the strong support of the nine-member School Board, Darryl ensures the SCSD6 adheres to their mission to always put the children first.

The SCSD6 administrative offices as well as the main district campus are located in Roebuck, SC on a sprawling 292-acre tract of land. Intertwined within the SCSD6 facilities are natural wetlands, wooded areas, and walking trails available for students and the community.

Within the Roebuck vicinity, a profound community spirit permeates the local area. Steeped in pre-Revolutionary War heritage, Roebuck is the home to the Walnut Grove Plantation, Charles and Mary Moore's residence built in 1765 on land granted to them in 1763 by King George III. The Walnut Grove Plantation is on the National Register of Historic Places and open to the public as a living history farm. 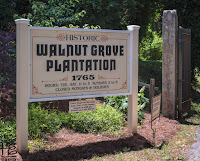 Over 2016 and 2017, the South Carolina (SC) Conservation Bank purchased a total of 120 acres of family-owned land from Charles and Mary Moore's descendants. In 2016, Upstate Forever protected the land with a conservation easement to set aside the land for educational and agricultural purpose. The Spartanburg County Foundation owns the protected land while Upstate Forever administers the property. In a long-term agreement, SCSD6 leases 16 acres to use as an organic farm to grow produce for the district schools.

Per the Upstate Forever site, partial funding from the South Carolina (SC) Conservation Bank offsets some of the costs involved in placing the easement, making the land donation, and endowing the property’s perpetual care. The entire tract of land is known as the SCSD6 Farm at Cragmoor.

Within the community spirit, resident Roger Milliken founded the Noble Tree Foundation in 1999 with the following mission: "To enhance the well-being of the citizens of Spartanburg County through the promotion of landscaping and excellence in horticulture." By definition, noble trees are planted to live for multiple generations while enhancing the landscape, providing shade, and grow into fixtures within the surrounding landscape. Some of the Milliken noble trees are visible from the SCSD6 campus.

Inspired, Ei Founder Holly Elmore traveled to Greenville | Spartanburg in May 2019 to meet the masterminds behind the healthy-food school programs and tour their respective operations. Mary was generous with her time, connections, and spirit as she hosted Holly for two-consecutive days of meetings and tours.

On May 14 Darryl, along with SCSD6 Deputy Superintendent Dr. Greg Cantrell, hosted Mary and Holly for an introductory meeting in the district's offices. Afterwards, Darryl and Greg took Mary and Holly on tours of the campus greenhouse followed by the SCSD6 Farm at Cragmoor where healthy, organic food is grown for the school cafeterias. The locally grown, healthy-food commitment at SCSD6 was evident and impressive.

SCSD6 - at a glance
One of seven Spartanburg County districts, SCSD6 enrolls approximately 11,500 students, and the district employs nearly 900 certified staff members. The school system consists of one child development center, nine elementary schools, three middle schools, one ninth-grade school campus and one high school. The student teacher ratio is sixteen to one.

From the Census Reporter, SCSD6 is 150.6 square miles with a population just under 68,000 individuals. The median age is 37.2 years old and 26% of the population under 18 years of age live in poverty conditions. 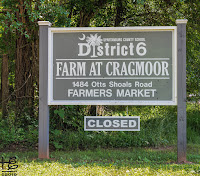 Though the overall student graduation rate is 88.6%, for students who attended SCSD6 in grades 9-12 the graduation rate is 96.8 %. Committed to preparing students for successful lives, the R.D. Anderson Applied Technology Center (RDA) was a pioneer in the development of vocational centers in SC and a Palmetto Gold Winner for 11 years.

At Dorman High School, more than 90% of graduates attend a 2 or 4-year college, university, or enter the military and $19 million in scholarships was earned last school year. In the 2017 - 2018 school year, over 900 students completed dual-enrollment courses for college credit at no cost to them; over 800 completed AP exams and earned college credit.

Beyond student academics, within the SCSD6 culture of excellence is a commitment to student health and wellness.

According the July 2015 GoUpstate.com article, Fresh-cooked meals catch on in District 6 schools, newly hired kitchen staff underwent extensive culinary training. Most of the staff were employees of prior the foodservice contracter and were familiar with the kitchens. Yet, their culinary tasks were mainly limited to heating and serving food that required minimal basic-kitchen skills.

In January 2014, SCSD6 hired Travis Fisher as the Director of Food Services to oversee the culinary operations in the fourteen cafeterias as well as the catering operations. A seasoned culinary professional, Travis started his career in the restaurant industry. More recently, Travis worked eight years at Aramark where he served as Assistant Director of Child Nutrition before his promotion to Executive Director of Foodservice at a SC-school district. Travis was an investment within the SCSD6 commitment to excellence.

A natural extension of a healthy-food program is a farm-to-school focus supporting local agriculture. In 2016, SCSD6 evolved the farm-to-school focus to a campus-to-cafeteria endeavor with the construction of a greenhouse on the backside of the Dorman Freshman Campus. Buttercrunch lettuce, other lettuces, and herbs are grown in a Nutrient Film Technique (NFT) hydroponic growing system.

Per the RiA Magazine article, Success is not static: evolution is required to create and sustain regeneration, on Kennesaw State University's Hickory Grove Farm, a regenerative farm built on a prior Georgia Department of Transportation cement-mixing site:


In addition to not requiring soil for healthy crops, hydroponic-agriculture systems save tremendous water. According to a University of Arizona Department of Soil, Water and Environmental Science 2011 article:

A hydroponic lettuce system could use only 10 percent of the water needed compared to field-grown lettuce. Arizona uses about 70 percent of its water for agriculture. Theoretically, about 90 percent of all that water could be saved if every farm converted to hydroponics.

According to Greg, the greenhouse NFT system provides approximately 50% of the district cafeterias' lettuce consumption.

The Farm 2 School website page states there are currently six operating elementary-school gardens within the district, one middle-school garden, and more gardens are in the planning stages. In addition to providing nutritious food, the campus gardens and agricultural endeavors serve as a student-educational platform with formal and informal programs in place.

SCSD6 Farm at Cragmoor
In 2016, SCSD6 took possession of the 16-acre plot of land destined for the district's organic-certified farm within their Farm 2 School program. For the first year, farm staff tested the land to determine what could be grown crop-wise and officially opened as an operating farm in 2017. The SCSD6 Farm at Cragmoor is the foundation for creating a hyper-local food system for SCSD6.

From inception, the SCSD6 Farm at Cragmoor was U.S. Department of Agriculture (USDA) Good Agricultural Practices certified. With the land in possession for three consecutive years, SCSD6 is in the midst of obtaining USDA Organic certification. In accordance with the USDA National Organic Program standards, organic crops must be grown on land that is free from prohibited pesticides, herbicides, and synthetic fertilizers for three years preceding growth.

With the farm research complete, SCSD6 invested in the farm staff and equipment necessary to fully embark on the Farm 2 School initiative. In 2018, SCSD6 invested in an impressive packing house including a wash line for root crops, an ice machine for packing broccoli & other vegetables, and a dual walk-in cooler system.

The coolers are maintained at different temperatures to maximize optimal shelf life and produce quality. In addition, it is important to store certain fruits and vegetables separately. For example, onions and potatoes excrete incompatible gasses that lead to faster spoilage.

Only root vegetables are cleaned in the wash line as rinsing fruits and vegetables may lead to earlier spoilage. Thus, field crops such a zucchini, squash, watermelon, tomatoes, lettuces, and herbs are field-packed and washed in the cafeterias prior to kitchen prep. Lettuces and herbs from the greenhouse are transported to packing house where they are aggregated with the farm crops for delivery to the district cafeterias via a refrigerated truck.

Installed in March 2019, the farm high tunnel is used to germinate seedlings for crop planting. As seedlings were previously germinated in the greenhouse, NFT lettuce and herb production may be increased due to freed greenhouse space. The high tunnel may serve as a totally or partially enclosed facility; when totally enclosed the seedlings are protected from insect pests.

A tomato greenhouse is under construction with an August completion date.

In April 2017, honey bees arrived at the SCSD6 Farm at Cragmoor thanks to Dorman High School Resource Officer, Sean Roberts. As a beekeeper, Sean delivered approximately 20,000 bees to the farm for aiding in crop pollination as well as the delicious honey byproduct. The Bees Arrive at SC Spartanburg County School District Six! video on the Southern Sustainable Agriculture Working Group website is excellent coverage of the bees' arrival.

Aligning with a national trend, SCSD6 purchased a food truck in 2018 to service special events and camps within the district. Via the USDA-sponsored Summer Meals Program, SCSD6 distributes free lunches to children under 18 years old, regardless of whether they live in the district or not.

In the final development stages, the goal is for the Farm at Cragmoor to attain self-sustaining financial status by 2021. Revenue is derived from the district cafeterias who pay market rate for the farm produce and the summer Farmers Market hosted at the farm. As peak produce season is during the district's summer break, the Farmers Market allows the farm to maximize the crop production with a financially rewarding outcome. The market is open to the community.

Another recent farm-management investment was hiring Patricia Tripp in April as the SCSD6 Director of Food Safety and Sustainability.

As a highly respected food-safety and best agricultural-practices industry expert, Patricia brings nine years of farm food-safety experience to her new responsibilities at SCSD6. Patricia is the steward for creating and sustaining a food-safety culture at the farm and throughout the district.

Scheduled to open in August, the processing center will initially use the farm's roma tomatoes to make tomato sauce as well as freezing freshly harvested produce. The intention is to expand to ten value-added products this fiscal year. Patricia will establish the food-safety standards and policies for the processing center.

With the SCSD6 healthy-food commitment staged to excel into the next implementation stage, it is an incredibly busy time at the SCSD6 Farm at Cragmoor and the district as a whole.

In the 2019 SC Best School District Rankings, SCSD6 is ranked #3 with an overall "A" ranking, the same as the #1 and #2 districts. In specific categories, SCSD6 received an A+ in Clubs | Activities and Diversity.


The district was awarded the SC Department of Agriculture Grant to support school gardens, to source food locally, and to incorporate agriculture and nutrition education into school curriculums. In addition, the district received a USDA Farm to School Grant and the Healthy School Initiative Grant, a partnership with the Mary Black Foundation. To further encourage agriculture and nutrition education, the district was awarded an AmeriCorps Grant to create a new program, FarmCorps.

The Ei FB album, Spartanburg County School District Six, is a pictorial recap of the SCSD6 Farm at Cragmoor tour.

To achieve a culture of excellence, consistent strong leadership must continually develop and demand the highest standards, attract individuals with similar moral values and work ethics, invest in the staff, equipment and facilities necessary for desired achievements, and showcase success as the culmination of collaborative effort within the organization and the community as a whole.

With Dr. Darryl Owings at the helm, the Spartanburg County School District Six encases the ingredients for a culture of excellence throughout the district. The School 2 Farm Initiative moving from the development to the operational phase exemplifies the district's culture of EXCELLENCE.
Posted by Holly Elmore at 11:43 PM